It was a dark and stormy mid-September night of two thousand and eleven in Philadelphia. Matthew Jurasek and Tyler March were preparing for their bi-weekly ritualistic “Cure World Hunger” feast by serenading one another with tunes of their childhood. It was as Matthew plucked his stringed wooden baton, surrounded by the flames of hundreds of candles (necessary for the ritualistic feast), that Tyler had a life-altering vision. Tyler quotes, “While Sir Matthew gracefully, yet aggressively coated me in a Dreamscape of sound, I came to realize that if either of us were going to make it through that night alive, we would have no choice but to start a band.” Tyler translated this message to Matthew through their shared telekinetic abilities, and the movement, now referred to as “Thee Idea Men”, had begun. Without a word uttered between them, they left their feast behind and trekked out into the world in search of bandmates, capable of both musical genius and sexual superiority.

Two days later, Matthew and Tyler found themselves deep in the deserts of Saudi Arabia. Both were growing weary of the journey they had endured thus far, but they knew what they had come for, and could not leave until they had found it. Urban myth states that, buried deep into the earth somewhere in the heart of the Ad-Dahna desert lives a being capable of performing the most beautiful bass lines ever heard by man. As Thee two Idea Men powered along aimlessly in the hot, dry desert, they began to feel a rumble beneath their feet. They rapidly moved closer to the source of the vibrations below them, slowly becoming more aroused with each step. When they had traveled just over half a mile, the tremors beneath them became so intense that both Matthew and Tyler fell to their knees, and climaxed. They had found what they had come for (get it?). When the tremendous earth-hum had subsided they began to dig. They dug straight into the dirt for five days straight with their band hands, accepting not a second of rest, nor a drop of water. Finally, just as neither Man thought they could go any further; their bloody fingers broke through the dirt below, and into a dimly lit cave. There he lie asleep, in all of his glory and talent, Mr. Kristopher Pirnat. As Matthew and Tyler did not want to risk the possibility of Kris saying “No” to their proposal to play bass for Thee Idea Men, they quietly lifted him from his bed, making sure not to disturb his slumber, and carried him back to Philadelphia. Kristopher awoke upon arrival (he is a VERY deep sleeper) and did not question his being in America. He simply looked his two captors in the eyes and knew that this was his purpose in life. He accepted his position in the band, and worked alongside Matthew and Tyler to conceive Getcho Groo Von, Thee debut Idea Men album.

A few months after having written and recorded Getcho Groo On, the three Idea Men decided they needed to crank up the pizazz levels. They felt that if they brought in a new member, they could skyrocket their success to the next level. The level they were on was great, but it was rumored that there was chocolate cake on the next level. So this is where they wanted to be. They scoured the country for weeks in search of the perfect fit for their sound, kidnapping and forcing every guitarist they came in contact with to play for them, in hopes that He would be the one. While at a rest stop in American Fork, Utah, Thee Men heard a sound coming from behind a nearby Eighteen-Wheeler that none could ignore. It was power-driven and soulful, the likes of which had not entered the three men’s earholes in far too long. They rounded the trailer bed and saw a young bearded man, who they assumed to be homeless, with an acoustic guitar, belting warm, gruff vocals, and drilling into his guitar with the deep passion that they had been on the search for all along. Matthew, Tyler and Kristopher glanced at each other, noticed one another’s erections, and knew they had found their match. They approached they’re potential new member and requested he play rhythm guitar with the band. While hesitant at first, the mysterious traveler, who later came to be known as Matt Raspanti, agreed to a practice session, and a night out on the town. The practice session went great, but the night out was what sealed the deal. Seven mimosas in and a solid few high-fives later, Matt decided he would play with Thee Idea Men, and the world has never been the same. 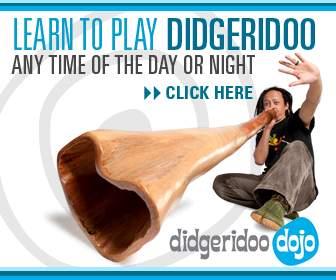